Please invest 2 minutes of your time to watch autistic kids Dubai video below. It spells out the persistent steep rise in autism induces research. Or if you prefer to read, then feel free to skip the video and go straight to the text below:

Initial signs and symptoms typically are seen in the early developmental period; however, social deficits and behavioral patterns might not be acknowledged as symptoms of ASD until a child is unable to meet social, educational, occupational, or other important life stage demands. Functional limitations vary among persons with ASD and might develop over time.

The prevalence of autism worldwide is reaching epidemic proportions in the last couple of decades It has increased twenty-fold to thirty-fold since the earliest epidemiologic studies were conducted in the sixties. 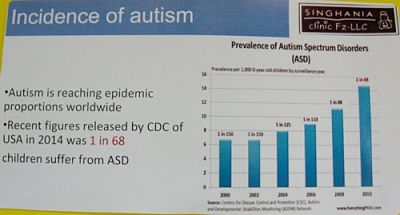 Also, parents are more aware of the symptoms and come earlier to the Doctor for an evaluation. Nonetheless, the question of whether actual prevalence has increased seems certain.

Parents usually notice signs in the first two years of their child’s life. However, some autistic children appear to develop normally till 1 1/2 to 2 years and then regress. They may lose words, stop responding to their name and become more aloof.

The higher functioning children with autism particularly Asperger syndrome may seem to do well till pre-school age but as the demands of social interaction and the need for pragmatics or use of language increase they falter.

Boys are at higher risk for autism than girls. The ASD sex ratio averages 4.3:1 and is greatly modified by cognitive impairment: it may be close to 2:1 with mental retardation and more than 5.5:1 without.

There appears to be no association with socioeconomic status and inconsistent associations with race or ethnicity.

Though no single pregnancy-related risk factor is associated as a cause of autism, the risk of autism is associated with several prenatal risk factors, including advanced age in either parent, and diabetes, bleeding, and use of psychiatric drugs in the mother during pregnancy. Studies have identified advancing paternal age as a significant risk factor for ASD.

Some research shows that mental disorders are more common amongst parents like schizophrenia, depression and personality disorders.

It is not known how many siblings of autistic individuals are themselves autistic. Several studies based on clinical samples have given quite different estimates, and these clinical samples differ in important ways from samples taken from the general community.

Autism has also been shown to cluster in urban neighborhoods’ of high socioeconomic status. One study from California found a three to a fourfold increased risk of autism in a small 30 by 40 km region centered on West Hollywood.

The dramatic rise of autism diagnosis has led to the investigation of environmental factors which may be aggravating the phenomenon.

If you like what you have seen or read about autistic kids Dubai, please share it with your friends by clicking on one of the social media buttons below. 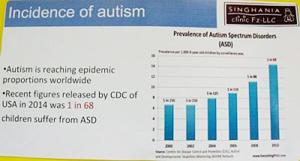 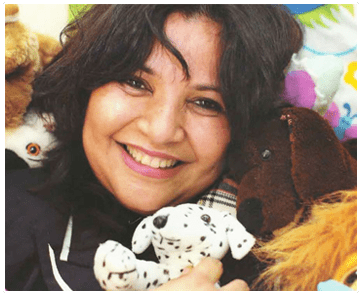